On July 8, the NYK-TDG Maritime Academy (NTMA), which is located in the suburbs of Manila and jointly run by NYK and the Transnational Diversified Group (TDG),* held a ceremony to celebrate the 10th anniversary of its establishment.

The ceremony was attended by about 2,200 people including Rolando A. Guevara Alvarado, Panama???s ambassador to the Philippines; J. Roberto C. Delgado, TDG chairman; Koji Miyahara, former NYK chairman and president, and current board counselor; and students and graduates of the academy.

Mr. Delgado spoke about the history of NTMA and its long relationship with NYK, emphasizing the importance of an education that corresponds to changes in world affairs and the maritime industry. Miyahara expressed his gratitude for the firm support extended to NTMA by related parties over the past 10 years, and emphasized to the cadets that stewardship, community engagement, and the shared NYK Values of integrity, innovation, and intensity will continue to provide them with inner fortitude in the face challenges confronting the maritime industry.

On July 6, 2007, NYK became the first company in the Japanese maritime industry to establish a maritime academy in the Philippines. And since opening, NTMA has established a scholarship program for students who might find it financially challenging to pursue such a degree. The curriculum offered at NTMA produces high-quality seafarers by providing them with a unique core curriculum in addition to valuable training on board. The number of graduates has totaled about 700 to date, and the state examination pass rate for certification as a marine officer is 100 percent. And last year, an NTMA graduate was promoted to the position of first officer for the first time, so graduates are steadily taking on more leadership roles on the ships.

Drawing on NYK???s extensive experience cultivating the best seafarers from all over the world, NYK will continue its effort to improve both the quality and quantity of Filipino seafarers within the NYK Group.

Instructors and staff: About 70

Location: Canlubang, Calamba City (a suburban city about a one-hour drive from Manila)

Curriculum: Four years (three years of academic study and one year of onboard training)

Mission: To foster global seafarers through higher education by focusing on building an individual???s sense of humanity and providing training in practical maritime technologies

A business group established by Chairman J. Roberto C. Delgado. Business activities include vessel agent services, seafarer manning, training and cadet education, as well as other logistics businesses. TDG and NYK have maintained a cooperative relationship since the establishment of TDG. 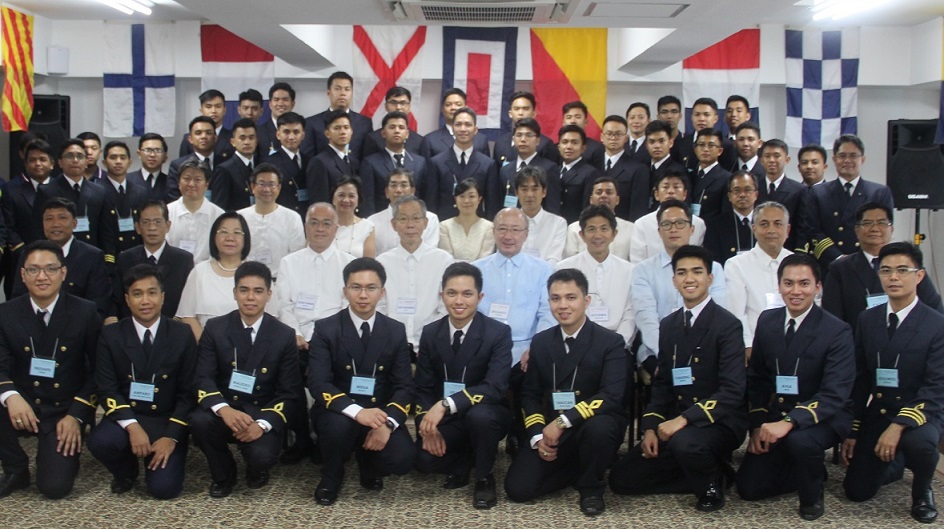